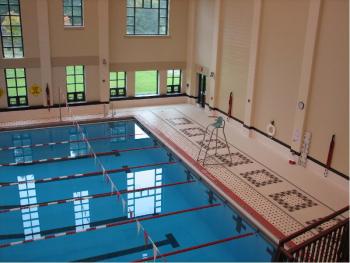 Lifeguard Jones, while situated in the elevated lifeguard stand located at the end of the pool, observed 15-year-old student swimming laps. Some time later, he observed him lying on the bottom of the 4’ section of the pool. Because he was on his stomach with his arm and hand near his head, she assumed he was practicing holding his breath and timing himself while doing so.

After several minutes and realizing the student was still on the bottom, Lifeguard Jones signaled Lifeguard Smith, who was standing on the deck on the side of the pool. At the time, in addition to lifeguarding, Lifeguard Smith was also supervising her two young children who were at the pool with her.

When the student was assessed, he was unresponsive, cyanotic, and in respiratory and cardiac arrest. In fact, the student was so bloated and discolored that the teacher, who also served as the student’s soccer coach, could not recognize the student.

Lifeguards Jones and Smith initiated CPR, without the use of a resuscitation barrier device, and continued CPR until the arrival of EMS. Upon arrivfal of EMS personnel, CPR was continually maintained, the student was intubated, and then transported to the hospital with CPR and medications administered enroute. Upon arrival at the hospital, the student was still in full cardiac arrest.

Because there was no telephone in the swimming pool area, the Lifeguard supervisor had to run out of the pool area to gain entrance into an office in order to call 911. There was an AED available within the building, but the athletic trainer was the only one authorized to use this device. Once the athletic trainer was notified and responded to the scene, the AED electrodes were placed on the student, but no shock was advised.

The timeline of the incident was as follows:

Resuscitation measures were continued for 7.5 hours, but the student was pronounced dead at 11:10