Poulsbo firefighters were treated for hypothermia after diving into Liberty Bay to save two people who were trapped upside-down in their crashed vehicle.

Firefighters swam into Liberty Bay south of Poulsbo on Saturday morning to rescue a couple trapped upside-down in their vehicle.

First responders received the call at 8:35 a.m. When they arrived at the scene, just south of the Poulsbo Yacht Club off of Fjord Drive Northeast, they found the vehicle almost completely submerged in the bay’s chilly waters, with just the back tires exposed.

Poulsbo police are investigating the incident. 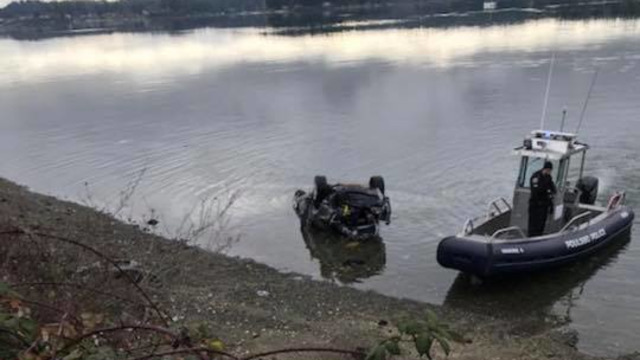